At first glance, Great Canadian Adventures is not a living book. Published by Reader's Digest in 1976, it is a compilation of 48 stories from the history of Canada. The editors clearly state that "we have amended some of the original texts, by rearranging and abridging the material..." 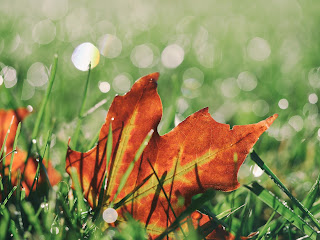 However, this book gives us access to many first-hand accounts that are not available anywhere else unless you want to go hunting in archives. While some of the stories are taken from published works, these published works are ones that I desperately want to be introduced to as a Canadian Charlotte Mason homeschooler. Of course, this book also has multiple authors, another living book no-no. However, these are all excellent authors, including such figures as Stephen Leacock, W.O. Mitchell, Pierre Berton and Farley Mowat. This book is well-written from cover to cover, and I suspect that the editors are to be thanked for the readability of the first-hand accounts.

I am using Great Canadian Adventures now for my Year 4 and Year 2 students. I think it is an ideal supplement to a "spine" (chronological) text, particularly for grades 4-6 and up. Do your own due diligence before handing it to your children, though. There is violence, as you might expect, as well as some strong language.

The main obstacle for use in a Charlotte Mason homeschool is that the stories are not presented strictly chronologically. Instead, they are divided by subject (pioneers, explorers, sailors, war, etc.). I have gone through it and listed each chapter chronologically for my own use. I'll share my list below for those of you who are blessed enough to find this gem.

Like many good books, this book is out of print. I found mine at a second-hand store. You may also be able to find it through bookfinder.com. The ISBN is 0888500513.

For more Canadian resources, check out my page CM in Canada.

18th Century
The Lost Treasure of Le Chameau (p. 513)
Subject: Le Chameau, a ship from France, is shipwrecked with treasure
Place: Atlantic Ocean, near Fortress Louisbourg
Time: 1725 and 1961 (when it was discovered)
Author: not mentioned. Condensed from Canada Illustrated.

The Birchbark Brigades (p. 72)
Subject: French Canadian voyageurs, The North West Company
Places: from Montreal to Lake Winnipeg
Years: late 1700’s to 1821
Author: “the editors”
Despite the fact that this account is drawn together by “editors,” it quotes extensively from several first-hand accounts.

Bombardment (p. 376)
Subject: WWI; in the trenches
Place: France and Belgium
Years: 1914-1918
Author: Charles Yale Harrison
Excerpt from Harrison’s novel Generals Die in Bed, based on his experience in the trenches of WWI.

Posted by Education is a Life at 1:10 PM